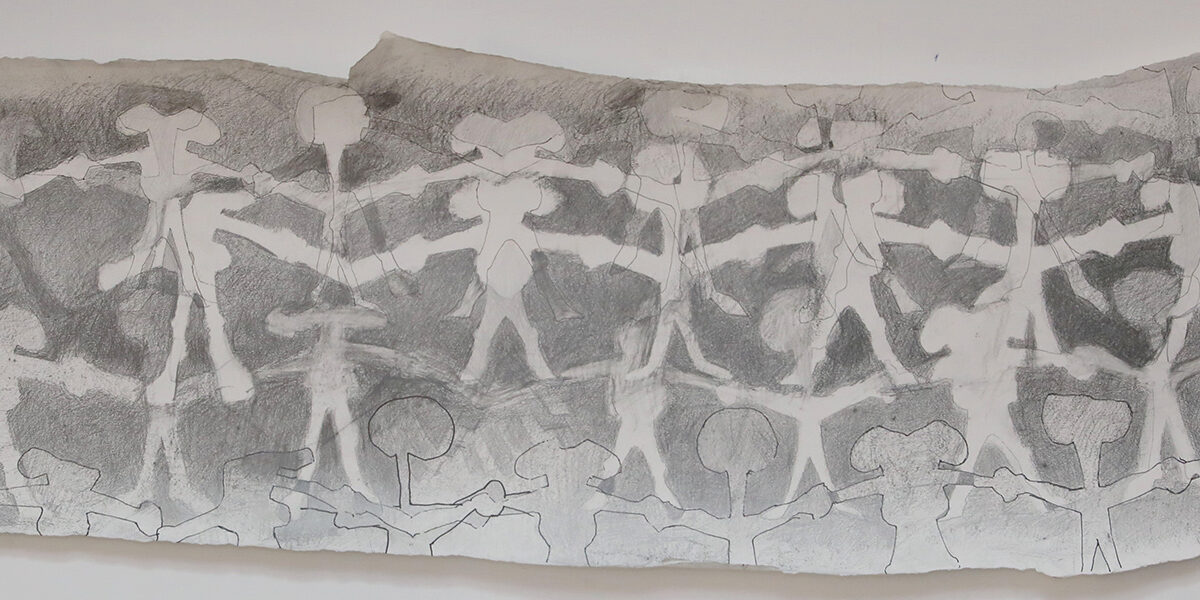 Blogs and other media

Heddy Breuer Abramowitz is an American-Israeli multidisciplinary artist. Born in Brooklyn, NY to Holocaust survivors, she was raised in southern Maryland near Washington, DC. Israel has been her home since 1979.

Recurring themes include urban landscape, Jerusalem beyond the cliché, introspective self-portraits, the Jewish woman, the immigrant experience, loss and commemoration and the Holocaust as legacy. She employs media ranging from oils to water-based paints to drawing media and sometimes may include embroidery, stone-rubbing, Sumi ink, printmaking, photography and collage, as appropriate. A Jerusalem-based artist, the city enters into many of her works.

Following academic degrees in international government and law, she initially was an observational painter. Her work has gravitated to personal subject matter; often allegory is used. Over time she senses that it has evolved to things that go beyond words or a visual summation. Her goal is to enter the empty spaces in-between, with room for the enigmatic and that which defies precision.

Abramowitz believes that the personal ultimately is universal.

2000 The Hebrew University, two oil paintings purchased for the Permanent Collection of the University, Office of the Rector

2007 International Jewish Artists of the Year Award, The London Jewish Museum of Art and The Ben Uri Gallery, Finalist

2010-present Founding member of Advisory Board for “Studio of Her Own,” dedicated to promoting art by women, The Artist’s Home of the painter Litinowsky, Katamon, Jerusalem

2019 “For a group of Jerusalem artists, embroidery points the way forward” by Jessica Steinberg, Times of Israel February 24, 2019, collage.

2013 “Is ‘Sexuality Spectrum’ Good for the Jews?, text, photographs, re-published.

2012 Art Reviews, personal blog at “Golden Ochre: Art and Jerusalem” and published on The Times of Israel.

• From Aleph to Taf: Women’s Lexicon for Peace in Israel, by “Ahoti (My Sister) – For Women in Israel“ Matlon Publishers, drawing

Ronnen, Meir, “The Quickness of the Hand Deceives the Eye” The International Jerusalem Post, November 30, 2001

Mendolsohn, Amitai, Faith in Art, Dialogue (Du-Siach, The Movement for Coexistence Between Religious and Secular) 1999 catalogue

BLOGS AND OTHER MEDIA